Ranju has been practicing yoga since the mid 1980s. He completed the 4 year Viniyoga Britain Diploma with Paul Harvey in 1995 and then the Post Graduate Course in 1999. He has also studied with TKV Desikachar in the UK and India on numerous occasions. From 2004-2015 Ranju worked closely with Peter Hersnack, another of Desikachar’s direct students.
Ranju has taught many yoga classes, retreats and workshops around the country. He has taught at British Wheel ofYoga (BWY) Congress, Association for Yoga Studies (aYs) Conventions and many In-Service Trainings for both BWY and aYs.

Of mixed Indian and English heritage, Ranju was born in India and brought up in England. He has travelled extensively in India and is interested in developing ways of practicing that both respect tradition and also the realities of present day life in the West. Ranju worked for 12 years in the NHS as an art therapist and family therapist (1991-2003) and has considerable experience of counselling and therapy with individuals and groups.

In 2019 Ranju co-authored his first book ‘Embodying the Yoga Sutra: Support, Direction and Space’ with Dave Charlton. He has been working closely with Dave since 2004 running teacher training courses, retreats and workshops under the name of Sādhana Mālā. He lives in Wellington, Somerset with his wife Lindy. 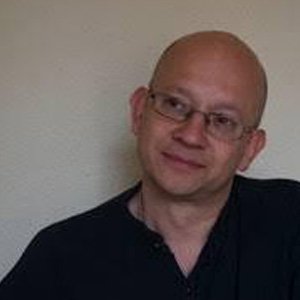