Geoff Farrer has been studying and practising yoga since 1981. He started to work with Paul Harvey in 1987 and began his four-year training course in 1989, and also has studied in India with Desikachar. Since receiving his diploma in 1992, he has: taught yoga to children, adults with learning difficulties and the elderly, as well as running evening groups and one to one classes for beginners and experienced students.

Further training came in 1998/1999 when Geoff became a post-graduate in the Association of Yoga Studies in December 1999. He has also become a member of The Society of Yoga Practitioners and holds their Diploma as a Yoga Teacher. Additionally, he works closely with his teacher Gill Lloyd as mentor.
Since obtaining his post-graduate qualification, Geoff has begun running yoga workshops, as well as expanding on his teaching one-to-one classes and groups.

After 23 years of teaching in London, Geoff moved to Bradford on Avon in 2013 to start working with individuals, classes and running workshops often based ideas on the Yoga Sutra of Patanjali. He also continues to teach yoga days in London with Janet Evans.
Geoff can be contacted at : yogageofffarrer@gmail.com or telephone 01225 635 244 or via his website. 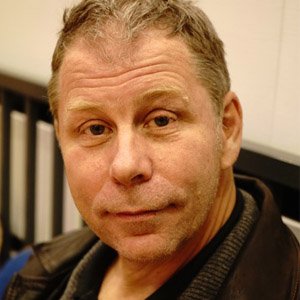