Émilie is a 1000 hour Sadhana Mala Certified Yoga Practitioner and Yoga Therapist accredited by the International Association of Yoga Therapists, AYS and IFY France. Émilie found yoga after the birth of her daughter during a challenging time in her life; its tools supported and transformed her so much that three years later she taught her first yoga class.

Yoga: cultivated and experienced with an open mind can really help you flourish. That’s what she loves to transmit.

Approach to Teaching: The teachings that Émilie transmit offer adapted postural work centred around breathing exercises, meditation, visualisation and relaxation. Émilie draws inspiration from ancestral Sanskrit yoga texts, Ayurveda, nature and anything relevant to our 21st century lives. By progressive practice, focused effort, relaxation and special attention to our actions, the practice of yoga leads to the release of mental & physical tensions, towards freedom and well-being.
Émilie has been teaching yoga since 2012 in Wales, UK and in France around Paris where she is from originally.

‘The teachers who have particularly inspired and influenced me are Mike Young, Ranju Roy, Dave Charlton, Gail Charlton and Laurence Maman. In gratitude of them lightening my path. In return, may I light someone else’s’.
Émilie 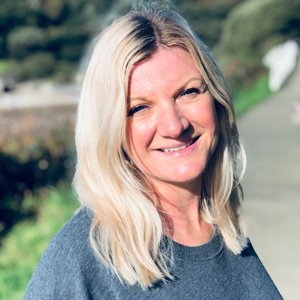